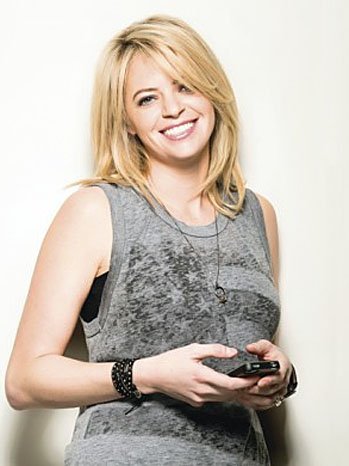 Jenny grew up in Bay City, Texas and is a graduate of Sam Houston State University earning her bachelor’s degree in broadcast journalism. Jenny spent several years working as a sports producer, then news producer in Austin, San Antonio and Houston. She began freelance writing for various publications around Texas. In 2009 Jenny joined Twitter which helped her bring her particular brand of comedy writing to the forefront, eventually allowing her to write comedy full-time. Jenny has been featured in magazines such as Paper City Houston Magazine, GQ Magazine, Glamour Magazine and Houston Modern Luxury Magazine and her Twitter account was named one of the 25 Funniest by Rolling Stone Magazine. She eventually moved to Hollywood and is currently writing her first book ‘Immature Adult’ which will be out in 2015 and is being published by Harper Collins. Jenny has sold television pilots to ABC Studio and is currently working on two television pilots for cable. Jenny has appeared on various shows on Comedy Central and Fox News.

In 2011 Jenny’s father Norris was diagnosed with prostate cancer and began receiving treatment from MD Anderson Cancer Center. While he received the best treatment, his cancer was very aggressive and he passed away March 30, 2012 at the Houston Hospice House. While sad and dealing with the loss, Jenny wanted to help. Just being sad wasn’t helping. Jenny is a Houston Texans fan and friend of the team. She met Texans center Chris Myers during a training camp and like many of her friends on the team followed his social media accounts. She saw a post about Blue Cure and immediately reached out to help their ‘Turn the White House Blue’ campaign. Jenny enlisted the help of her celebrity friends and her #SignForDAD tweet reached over 25 million people on Twitter thanks to her friends like Christina Applegate, Seth Rogan, David Spade and Blake Griffin. Norris Johnson was a man who was full of life, he was a avid runner and sailor. Even during his toughest days he was lifting 1 to 2 pound weights and riding his exercise bike despite having oxygen tubes in his nose. His passion for life never went unnoticed by those who knew him. It’s because of Norris that Jenny strives to help educate others about prostate cancer and living a healthier lifestyle.