The University Of Texas MD Anderson Cancer Center In Houston 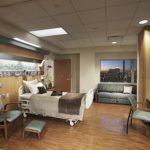 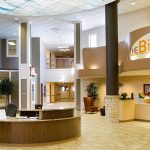 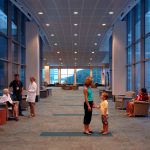 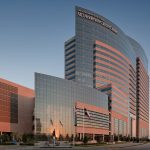 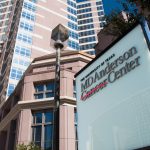 The University of Texas M. D. Anderson Cancer Center is recognized around the world for its contributions to Making Cancer History® in patient care, research, education and prevention. Created in 1941 by the Texas Legislature, M. D. Anderson is one of the original three Comprehensive Cancer Centers designated by the National Cancer Act of 1971, and it remains the only one in Texas. It has ranked as the nation’s #1 cancer hospital for six of the last nine years in the U.S. News & World Report’s “America’s Best Hospitals” survey and one of the top two since the survey began in 1990.

Since 1944, more than 700,000 patients have turned to M. D. Anderson for multidisciplinary care in the form of surgery, chemotherapy, radiation therapy, immunotherapy, or combinations of these and other treatments. For several years, its faculty members have been awarded more competitive research grants from the National Cancer Institute and have conducted more clinical trials of potential new therapies than any other institution.

From your first visit to MD Anderson’s Genitourinary Cancer Center for prostate cancer screening, diagnosis and treatment, you are the focus of an incredible team of experts that personalizes every aspect of your care especially for your unique situation. This greatly increases your chances for successful treatment and recovery.This specialized group communicates and collaborates closely – with you and each other – to be sure you receive the most advanced prostate cancer care with the least impact on your body. Your team includes medical, surgical and radiation oncologists, as well as a specially trained support staff. They work with the latest technology and techniques, including:

The most frequent surgical procedure to treat prostate cancer is radical prostatectomy, which is removal of:

The urinary system is reconstructed by suturing (sewing) the bladder opening to the urethra. In some patients, one or more lymph node groups in the pelvic area may be removed to find out if the prostate cancer has spread. This is called lymphadenectomy or lymph node dissection. In more advanced prostate cancer, one or both of the neurovascular bundles, which play a part in erectile function, may be partially or completely removed.

The two main surgical techniques for removal of the prostate are:

Open: A large incision is made in the lower abdomen, and the prostate is removed.

Robot-assisted (laparoscopic) minimally invasive: Multiple small incisions are made in the abdomen, and then an endoscope connected to robotic arms is inserted. A miniature video camera and surgical tools are attached to the end of the endoscope. The surgeon, seated at a console, can view the surgery site on a video screen and control the robotic arms. MD Anderson surgeons are experts at nerve-sparing techniques and sural nerve grafts that may help men keep urinary and sexual function.

The robotic technique is commonly used in the United States. Studies show robotic-assisted surgery may result in:

However, the techniques are fairly equal in retaining urinary and sexual function and controlling cancer. The experience of the surgeon probably will affect your result more than which set of tools is used.

Urinary control: Most men have stress urinary incontinence (leakage of a small amount of urine when laughing, sneezing, coughing, etc.) after a radical prostatectomy.

Sexual function: Since the prostate and seminal vesicles produce the majority of semen, sexual climax after a prostatectomy does not produce fluid. However, the climax response is preserved.

The success of preserving sexual function (the ability to maintain erections for sex) depends on:

Radiation often is used to treat prostate cancer that is contained within the prostate or the surrounding area. For early-stage disease, patients often have a choice between surgery and radiation with similar outcomes. For larger or more aggressive tumors, radiation therapy may be used in combination with hormone therapy. Radiation also may be used to treat prostate cancer tumors that are not completely removed or that come back after surgery.

The newest radiation therapy techniques and remarkable skill allow MD Anderson doctors to target tumors more precisely than ever before, delivering the maximum amount of radiation with the least damage to healthy cells.

MD Anderson provides the most advanced radiation treatments for prostate cancer, including:

Because the prostate can move within the body from day to day, techniques are used to ensure the radiation is being given to the exact location of the organ each day. These include:

The Proton Therapy Center at MD Anderson is one of the largest and most advanced centers in the world. It’s the only proton therapy facility in the country located within a comprehensive cancer center. This means this cutting-edge therapy is backed by all the expertise and compassionate care for which MD Anderson is famous.

Proton therapy delivers high radiation doses directly into the tumor, sparing nearby healthy tissue and vital organs. For many patients, this results in better cancer control with fewer side effects.

Hormone therapy is most often used for late-stage, high-grade tumors (Gleason score of 8 or higher) or in patients with cancer that has spread outside the prostate. However, doctors have different opinions about the length and timing of hormone therapy.

Hormone therapy may be used to treat prostate cancer if:

Intermittent hormone therapy is a variation of hormone therapy in which drugs are used for a period of time, then stopped and started again. For some men, this approach to prostate cancer causes fewer side effects. The effectiveness of this approach is still being studied, but it appears particularly useful in some situations.

The types of hormone therapies for prostate cancer are:

Anti-androgens: These drugs, which include Eulexin® (flutamide or flutamin) and Casodex® (bicalutamide), block testosterone from interacting with the cancer cell. They are taken by mouth every day.

LHRH agonists: These drugs work by over-stimulating the pituitary gland to release luteinizing hormone-releasing hormone (LHRH). After an initial surge, this signals the testicles to suppress testosterone production. Treatments are injections, which last from one to six months, or implants of small pellets just under the skin.

LHRH agonists may cause a spike or flare in the testosterone level before treatment takes effect. To offset this effect, anti-androgens may be given for a few weeks before the initial LHRH injection. The effects of LHRH are usually not permanent, such that testosterone production may resume once the medication is stopped.

Orchiectomy: Surgical removal of the testicles. This removes the organ, which produces testosterone, and is another way to keep testosterone from the prostate cancer. Orchiectomy is an efficient, cost-effective and convenient method of reducing testosterone, and it is an option if you will be treated with testosterone suppression indefinitely. After this surgery, most men cannot have erections.

Side effects of hormone therapies for prostate cancer may include:

If you are treated with hormone therapy and have side effects, be sure to mention them to your doctors. Many of these side effects can be treated successfully.

We have the expertise to examine each prostate cancer tumor carefully to determine gene-expression profiles. Ongoing research will help us determine the most effective and least invasive treatment targeted to specific cancers. This personalized medicine approach sets us above and beyond most cancer centers and allows us to attack the specific causes of each cancer for the best outcome.

The tumor is frozen with a long, thin probe inserted into the tumor. Intensive follow-up with X-rays or other imaging procedures is required to ensure that the tumor has been destroyed.

MD Anderson is leading some of the world’s most innovative research into these newer agents that are specially designed to treat each cancer’s specific genetic/molecular profile to help your body fight the disease.

These agents help the body fight the cancer on a molecular basis.

Most physicians reserve the use of chemotherapy for prostate cancer that has spread to other organs and is no longer responding to hormone therapy.

Because prostate cancer usually grows slowly, some men with prostate cancer, especially those who are older or have other health problems, may never be treated for it. Instead, their doctors may recommend active surveillance, an approach also known as “watchful waiting.”

This approach involves closely monitoring the prostate cancer without active treatment such as surgery or radiation therapy. Biopsies and PSA tests are repeated at set intervals, and treatment may be recommended if the tumor shows an increase in the volume or the grade (Gleason score).

Long-term studies of active surveillance for men with low-volume, low-grade prostate cancer tumors show that approximately 70% can maintain this approach for up to 10 years without requiring treatment.

Side Effects of Treatment

After treatment for prostate cancer, you may have side effects. These depend the therapy you received and may involve:

Talk to your doctor about any side effects you have. Treatments are available to help with most of them.

MD Anderson is a globally-recognized cancer center, and has ranked as the nation’s #1 cancer hospital for six of the last nine years in the U.S. News & World Report’s “America’s Best Hospitals.”

Awards: Ranked #1 Cancer Center in The US by US World & News